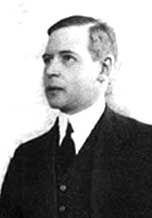 Charles Sydney Gibbes was a British academic who from 1908 to 1917 served as the English tutor to the children of Emperor Nicholas II of Russia. When Nicholas abdicated the throne in March 1917 Gibbes voluntarily accompanied the Imperial family into exile to the Siberian village of Tobolsk. After the family was murdered in 1918 Gibbes returned to the United Kingdom and eventually became an Orthodox monk, adopting the name of Nicholas in commemoration of Nicholas II. He died in 1963, and is buried at Headington cemetery, Oxford, Oxfordshire, England.