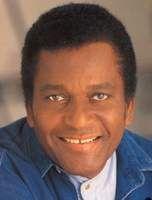 Does Charley Pride Have the coronavirus?

Charley Frank Pride (born March 18, 1938) is an American country music singer, musician/guitarist, recording artist, performer, and business owner. His greatest musical success came in the early- to mid-1970s when he became the best-selling performer for RCA Records since Elvis Presley. In total, he has garnered 39 No. 1 hits on the Billboard Hot Country Songs charts.
Pride was born in Sledge, Mississippi, one of 11 children of poor sharecroppers. His father intended to name him Charl Frank Pride, but owing to a clerical error on his birth certificate, his legal name is Charley Frank Pride. Eight boys and three girls were in the family. He married Rozene Cohran in 1956.

Pride is one of the few African Americans to have enjoyed considerable success in the country music industry and one of only three (along with DeFord Bailey and Darius Rucker) to have been inducted as a member of the Grand Ole Opry. He was inducted into the Country Music Hall of Fame in 2000.
Pride had a tumor removed from his right vocal cord in 1997 at the University of Arkansas for Medical Sciences. He returned to the site in February 2009 for a routine checkup and surprised the Arkansas Senate with an unplanned performance of five songs. He was joined by Governor Mike Beebe during the show. Pride is an avid fan and part owner of the Texas Rangers. He sang the national anthem before game five of the 2010 World Series, played between the Texas Rangers and San Francisco Giants. Pride sang the national anthem before game two of the 2011 ALCS between the Detroit Tigers and the Rangers. He also sang the national anthem and "America the Beautiful" prior to Super Bowl VIII.