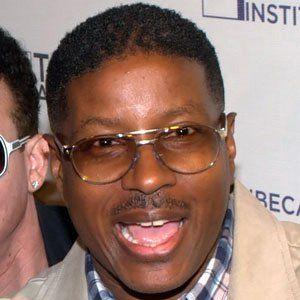 Christopher is alive and kicking and is currently 60 years old.
Please ignore rumors and hoaxes.
If you have any unfortunate news that this page should be update with, please let us know using this .

Christopher "Play" Martin (born July 10, 1962) is an American rapper and actor, formerly the latter half of the late 1980s/early 1990s hip-hop/comedy duo Kid 'n Play.
Martin's stage name, Play, is derived from his original MC name, Playboy, which he began using while in a music group, Quicksilver and the Super Lovers, which featured producer Hurby Luv Bug. While performing with this group, Martin met Christopher Reid, who performed as Kid Coolout in the group The Turnout Brothers. When their respective groups dissolved, Martin and Reid decided to perform as a duo. By shortening their nicknames, it would lead to the start of the group Kid 'n Play which featured the pair rapping and dancing together.

After the duo split in 1995, Play became a born-again Christian and focused on Christian hip hop. He is the founder and CEO of HP4 Digital, a pre- and post-production multimedia company for film, digital media, and theater.
Play was married to actress/model Shari Headley from May 1993 until they divorced in June 1995. In April 1994, Headley gave birth to their son, Skyler Martin.