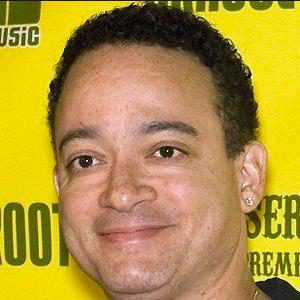 Christopher is alive and kicking and is currently 58 years old.
Please ignore rumors and hoaxes.
If you have any unfortunate news that this page should be update with, please let us know using this .

Christopher Reid (born April 5, 1964), formerly known as Kid (shortened from his original MC name, Kid Coolout), is an American actor, comedian, and former rapper.
Reid was born in The Bronx, New York, to a Jamaican father (born 1931) and an Irish mother (1930–1973). He graduated from the Bronx High School of Science in 1982. He also graduated in 1986 from Lehman College in the Bronx after attending Miles College.

He played the role of The Rhymer on the TV series Supah Ninjas. He also appears in LMFAO's video for "Sorry for Party Rocking".
In 2012, he broke into voice-over work in the military shooter video game Spec Ops: The Line, in which he plays Lt. Alphanso Adams, part of a three-man squad sent into a ruined Dubai to investigate a signal from an MIA military unit, The Damned 33rd.