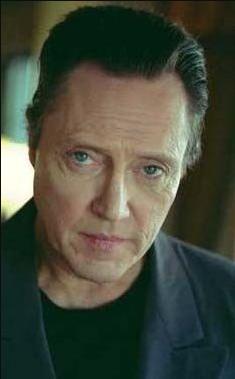 Christopher is alive and kicking and is currently 79 years old.
Please ignore rumors and hoaxes.
If you have any unfortunate news that this page should be update with, please let us know using this .

Does Christopher Walken Have the coronavirus?

Ronald Walken, known professionally as Christopher Walken, is an American actor. He has appeared in more than 100 films and television shows, including The Deer Hunter, Annie Hall, The Prophecy trilogy, The Dogs of War, Brainstorm, The Dead Zone, A View to a Kill, True Romance, Pulp Fiction, Catch Me If You Can, Hairspray and Seven Psychopaths, as well as music videos by many popular recording artists. Walken has received a number of awards and nominations during his career, including winning the Academy Award for Best Supporting Actor in 1978 for his portrayal of Nikanor "Nick" Chebotarevich in The Deer Hunter.
Walken's work has been praised and acclaimed by many popular figures. Kat Dennings called him her favorite actor and said he was the reason she wanted to be an actress. Benicio del Toro cited Walken as an influence and stated that the best advice he had ever been given regarding acting came from him: "When you're in a scene and you don't know what you're gonna do, don't do anything." Johnny Depp once said one of main reasons of why he starred in Nick of Time was him wanting to work with Walken. Mickey Rourke, Sam Rockwell, Colin Farrell, Bradley Cooper, Leonardo DiCaprio are among actors who spoke about their admiration for Walken. Prominent movie critic Roger Ebert was particularly impressed by his villain and anti-hero portrayals, once stated "when he is given the right role, there is nobody to touch him for his chilling ability to move between easy charm and pure evil" and called him "one of the few undeniably charismatic male villains."

In 1969, Walken married casting director Georgianne Walken (née Thon; born 1944). They have no children, and Walken has stated in interviews that being childless is one of the reasons he has had such a prolific career. The couple have a cat named Bowtie, and their previous cat was named Flapjack. They live in Westport, Connecticut, with a vacation home on Block Island, Rhode Island.
Walken was one of the last few people to see actress Natalie Wood alive before her drowning on November 29, 1981, while on a Thanksgiving weekend boating trip near Santa Catalina Island, California. In 2011, Walken hired a lawyer when authorities reopened the Wood case, while the LAPD said, "Walken is not a suspect." The case was closed and termed an accidental death until June 2012, when the investigation was reopened and the cause of death was changed to "undetermined". Authorities stated that Walken was not a suspect.