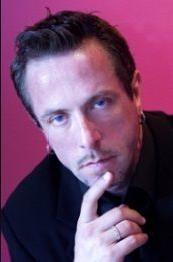 Clive is alive and kicking and is currently 69 years old.
Please ignore rumors and hoaxes.
If you have any unfortunate news that this page should be update with, please let us know using this .

Clive Barker (born 5 October 1952) is an English writer, film director, and visual artist best known for his work in both fantasy and horror fiction. Barker came to prominence in the mid-1980s with a series of short stories known as the Books of Blood which established him as a leading young horror writer. He has since written many novels and other works, and his fiction has been adapted into films, notably the Hellraiser and Candyman series. He was the Executive Producer of the film Gods and Monsters, which won an Academy Award for Best Adapted Screenplay.
Barker said in a December 2008 online interview (published in March 2009) that he had polyps in his throat which were so severe that a doctor told him he was taking in ten percent of the air he was supposed to have been getting. He has had two surgeries to remove them and believes his resultant voice is an improvement over how it was prior to the surgeries. He said he did not have cancer and has given up cigars.

In a 20 August 1996 appearance on the radio call-in show Loveline, Barker stated that during his teens he had several relationships with older women, and came to identify himself as homosexual by 18 or 19 years old. Barker has been openly gay since the early 1990s. His relationship with John Gregson lasted from 1975 until 1986. It was during this period, with the support that Gregson provided, that Barker was able to write the Books of Blood series and The Damnation Game.
He later spent thirteen years with photographer David Armstrong, described as his husband in the introduction to Coldheart Canyon; they separated in 2009.