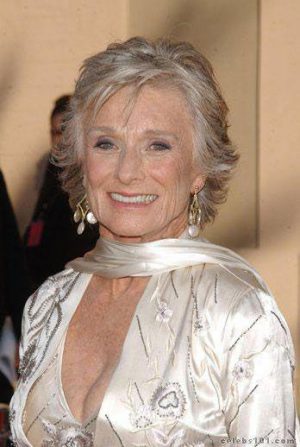 Cloris Leachman is an American actress of stage, film, and television. She has won eight Primetime Emmy Awards and one Daytime Emmy Award. She co-starred in the 1971 film The Last Picture Show for which she won the Academy Award for Best Supporting Actress.
As Miss Chicago, Leachman competed in the 20th Miss America pageant and placed in the Top 16 in 1946. Leachman's longest-running role was the nosy and cunning landlady Phyllis Lindstrom on the CBS sitcom The Mary Tyler Moore Show and its spin-off, Phyllis, in the 1970s.

From 1953 to 1979, Leachman was married to Hollywood impresario George Englund. Her former mother-in-law was character actress Mabel Albertson. The marriage produced five children, four sons and one daughter: Bryan (died 1986), Morgan, Adam, Dinah, and George. Some of them are in show business. Her son Morgan played Dylan on Guiding Light throughout the 1980s and early 1990s.
Leachman was also a friend of Marlon Brando, whom she met while studying under Elia Kazan in the 1950s. She introduced him to her husband, who became close to Brando as well, directing him in The Ugly American and writing a memoir about their friendship called Marlon Brando: The Way It's Never Been Done Before (2005).
Her autobiography Cloris: My Autobiography was published in March 2009. She wrote the bestselling book with Englund, her former husband.
Leachman's granddaughter, Anabel Englund, is a singer. In addition to Anabel, Leachman has five other grandchildren—Portia, Skye, Arielle, Jackson, and Hallelujah—and one great-grandson, Braden.