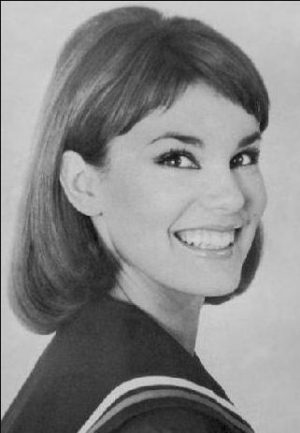 Dale is alive and kicking and is currently 74 years old.
Please ignore rumors and hoaxes.
If you have any unfortunate news that this page should be update with, please let us know using this .

DALE MARGARET VANDENBERG was born in December 1947 in New Jersey. Her mother, Margo, was an aspiring model and she had a very young DALE also modeling as early as 1952.
Dale proved to be a very talented young lady and was destined for show business. She appeared as a dancer in the road company of the Broadway production of "Bye Bye Birdie" in 1960-62.

The show took them to several cities around the country. After appearing in Chicago they moved to Denver sometime in 1963 and stayed until late 1964 or early 1965. Early that year they then moved to California where DALE attended Hollywood Professional School and graduated in 1965 along with fellow classmate Peggy Lipton. HPS allowed and encouraged their students to work in the industry while they were still attending school, and jumping on that opportunity DALE was hired as a GAZZARRI DANCER. Her fellow dancer and good friend JUNE FAIRCHILD still speaks highly of her to this day.
She gave birth to her only child, Alfie, in August 1969 and DALE seemed to have everything going for her. She was however diagnosed with schizophrenia and her erratic behavior caused her son to be placed in and out of foster care and ultimately he was adopted by a fine family. Dale'S downward descent, which probably could have been controlled by today's medical advances, caused much concern and heartbreak amongst her friends and family. She died in an accidental drowning in September 1987, just two months short of her 40th birthday. Her son, Alfie (aka Jasen Strong), lives in Oregon and is an extremely successful and talented artist/animator who has done work for Disney and several other high-profile companies.