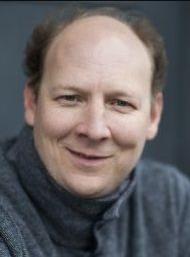 Dan is alive and kicking and is currently 52 years old.
Please ignore rumors and hoaxes.
If you have any unfortunate news that this page should be update with, please let us know using this .

Dan Bakkedahl (born November 18, 1969) is an American actor and improvisational comedian from Chicago's Second City. He is best known for starring as Steve Nugent in the FX comedy series Legit and for his recurring role as Congressman Roger Furlong on the HBO series Veep. Prior to that, he was a correspondent on The Daily Show with Jon Stewart from 2005 to 2007. Bakkedahl currently co-stars in the CBS sitcom Life in Pieces.