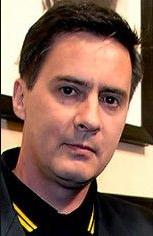 Dan is alive and kicking and is currently 60 years old.
Please ignore rumors and hoaxes.
If you have any unfortunate news that this page should be update with, please let us know using this .

Dan Donovan's father, Terence Donovan, is still alive and kicking at the age of 80. He is Australian and has had a career as a actor.

Daniel "Dan" Donovan is a British keyboardist probably best known for being a member of Big Audio Dynamite. Following a brief stint in 1990 with The Sisters of Mercy he became a founding member of Dreadzone. Although he officially left Dreadzone during the development of Zion Youth, he returned in 1996.