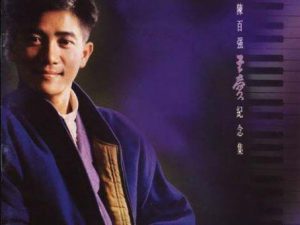 Danny Chan Pak-keung (7 September 1958 – 25 October 1993) was a Hong Kong singer and songwriter. He was of the first generation of pop idols in Hong Kong. At the outset of Chan's career, he became a promising keyboardist, singer and songwriter. He made a name for himself with his debut release, "Tears Dropping For You" (眼淚為你流), which established him as a teen idol. "Ripples" (漣漪), "Just Loving You" (偏偏喜歡你) and Yat sang ho kau" (一生何求) are just some of the golden hits written and sung by Chan. He is mostly remembered for his Cantonese romance ballads and high quality compositions. Chan died in 1993 after being in a coma for 17 months.