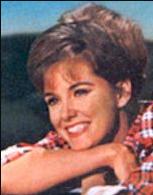 Dianne is alive and kicking and is currently 82 years old.
Please ignore rumors and hoaxes.
If you have any unfortunate news that this page should be update with, please let us know using this .

Does Dianne Lennon Have the coronavirus?

Dianne Lennon is an American singer who was born on December 1, 1939. She was a member of The Lennon Sisters. The Lennon Sisters are an American vocal group initially made up of four sisters from a family that had six sisters in all, as well as five brothers. The original quartet consisted of: Dianne (born Dianne Barbara; aka DeeDee; December 1, 1939), Peggy (born Margaret Anne; April 8, 1941), Kathy (born Kathleen Mary; August 2, 1943), and Janet (born Janet Elizabeth; June 15, 1946). All 11 Lennon children were born in Los Angeles, California.
The quartet became a trio from 1960 to 1964; eldest sister Dianne married, left the group, and then rejoined. Peggy sang the high harmony part, Kathy the low, and Janet and Dianne sang the middle and lead harmonies. Janet also specialized in barbershop or counter-harmony singing, taught to her by her father (who performed during the big band era in a quartet with his own three brothers).

In the 1970s, the sisters performed regularly on The Andy Williams Show, and toured with Williams across the country, including engagements at Caesars Palace in Las Vegas. They also appeared on several game shows, including Family Feud, Tattletales, and The Hollywood Squares. From 1994 to 2012, the quartet headlined at the Welk Champagne Theater in Branson, Missouri. When Peggy retired from singing in 1999, younger sister Mimi took her place, and when Dianne left for a second time in 2001, the act became a trio again for the rest of its run in Branson. They continue to tour across the country and appear annually with their Christmas show at The Andy Williams Moon River Theatre in Branson (marking 20 consecutive years of performing in Branson).