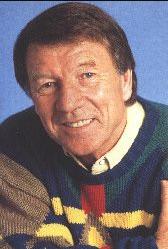 Don is alive and kicking and is currently 81 years old.
Please ignore rumors and hoaxes.
If you have any unfortunate news that this page should be update with, please let us know using this .

Does Don Spencer Have the coronavirus?

Donald Richard "Don" Spencer OAM (born 22 March 1941 in Tamworth) is an Australian children's television presenter, singer-songwriter, guitarist and musician. He had a long-running role on Play School on both the Australian version (1968–99) and the United Kingdom version (1972–88), the only presenter to work on both versions. In March 1963 his first single, "Fireball" – the theme tune to a UK TV science fiction series, Fireball XL5 – reached No. 32 on the UK Singles Chart. In 2002 Spencer established the Australian Children's Music Foundation. On Australia Day (26 January) 2007 he was awarded a Medal of the Order of Australia (OAM) with the citation "for service to children's music and television as a songwriter and performer, and through the establishment of the Australian Children's Music Foundation". Spencer married Julie Horsfall, they have two children: Dean, a musician; and Danielle Spencer, an actress and singer, who married actor, Russell Crowe, in 2003.