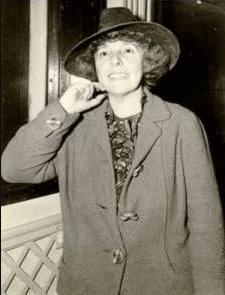 Dorothy Kenyon (February 17, 1888 – February 12, 1972) was a New York lawyer, judge, feminist and political activist in support of civil liberties. During the era of McCarthyite persecution, she was accused of being affiliated with 28 communist front organizations. Kenyon was a charismatic speaker, and she regularly travelled around the U.S. lecturing about civil liberties, the law, and women's equality.