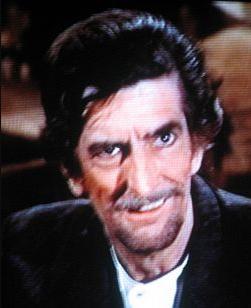 Ed Bakey was an actor who was born on November 13, 1925. He was known for The Philadelphia Experiment (1984), The Sting (1973) and Centennial (1978).
One of his earliest television appearances was a guest role in a 1967 episode of The Big Valley along fellow TOS guest star Jon Lormer. Bakey would go on to appear in three more episodes of that series, including a 1968 episode with Bill Quinn. Also in 1967, Bakey appeared in episodes of the classic Western Gunsmoke along with Morgan Woodward, Jeff Corey, Robert Pine, and Richard Kiley and made two guest appearances on The Guns of Will Sonnet, starring Jason Evers.

His nickname "Blade" was given to him in 1967, when he arrived in Hollywood and did guest shots on one of many western television series directed by Virgil W. Vogel, who gave him the nickname because he said Ed's profile was so strong, it could cut the screen like a knife--hence "Blade" was all he ever called him and the name stuck.