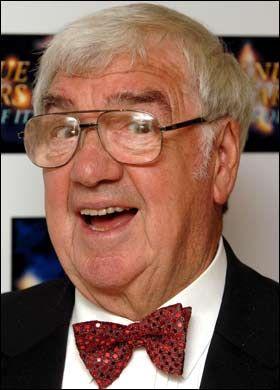 Hugh Francis "Frank" Carson KSG (6 November 1926 – 22 February 2012) was an Irish comedian and actor, best known on television in series such as The Comedians and Tiswas. He was a member of the entertainment charity the Grand Order of Water Rats.