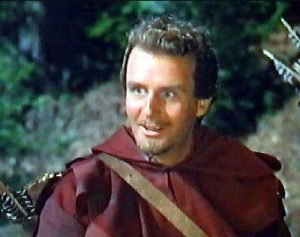 Gareth passed away on October 16, 2007 at the age of 62 in London, England, UK. Gareth's cause of death was heart attack.

Gareth Forwood's father, Anthony Forwood, died on May 18, 1988 as he was 72 years old. His cause of death was liver cancer and parkinson`s disease.

Gareth Forwood's mother, Glynis Johns, is still alive and kicking at the age of 98. She is British and has had a career as a actress.

Gareth L. J. Forwood was born in Marylebone, London, the only child of actors Glynis Johns and Anthony Forwood. He made his film debut at Lt. Pacekering in 'The Bofors Gun' in 1968, he then appeared in a small role in the 'Battle of Britain' the following year.
He made a niche for himself on British television appearing in such series as 'The Wednesday Play,' 'Eyeless in Gaza,' 'Crown Court,' 'Funny Man,''In Sickness and in Health,' and 'The Bill.' Other feature films included most notably 'Birth of the Beatles' (1979), 'Ghandi' (1982), 'King Ralph' (1991), and 'Electric Moon' (1992). His last film appearance was in 2000 in the television movie 'Bomber.'

He is the son of actress Glynis Johns and her first husband Anthony Forwood, who later became Dirk Bogarde's partner. Gareth is also the grandson of Mervyn Johns.