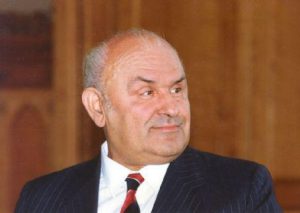 Géza Hofi (born Géza Hoffmann, July 2, 1936 in Budapest; died April 10, 2002 in Budapest) was a Hungarian actor and comedian. He is probably the most popular Hungarian parodist and had strong influence on Hungarian cabaret.