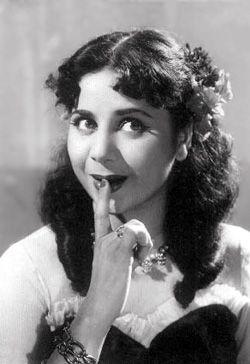 Geeta passed away on July 20, 1972 at the age of 41 in Bombay, India. Geeta's cause of death was cirrhosis of the liver.

Geeta Dutt was born in Faridpur District in East Bengal in 1930. Music Director Hanuman Prasad gave her chance to sing two lines in the film Bhakt Prahlad (1946). Her major assignment came the following year, 1947, with Do Bhai. From 1947-1949 Geeta Duttt was number playback singer in Mumbai. Initially Geeta was a singer well known for bhajans and weepy, weepy sad songs. But in 1951 after the release of a film, Baazi revealed a new facet. During the recording of the song she met Guru Dutt and later in 1953 they got married. However in 1957 they had some problems. Due to marriage problems she was not readily available for rehearsals and found solace in drink. She suffered a nervous breakdown but resumed singing again. But her drinking problems were not over and she died of cirrhosis of the liver in 1972.