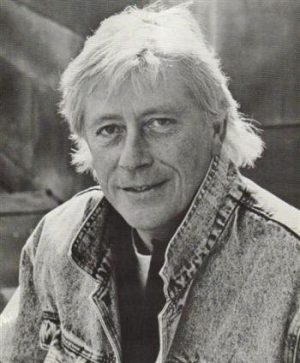 Geoffrey passed away on October 1, 2018 at the age of 76. Geoffrey's cause of death was pneumonia.

Geoffrey Hayes was an English television presenter and actor, best known as the host of Thames Television's top-rated children's show Rainbow from 1973 to 1991. Before that, he had much other work, including a recurring role in BBC1's police drama Z-Cars. Hayes also has writing credits for Rainbow and The Great Pony Raid in 1967.
Hayes struggled to find work after Rainbow was cancelled in the 1990s. He took a job stacking shelves for his local Sainsbury's grocery for four months as he had not yet found an acting job and his wife wanted him to earn an income. He spent some time as a taxicab driver and then retired some time later. He stated he would like to have done serious acting work after Rainbow but "directors could only think of me as Rainbow’s Geoffrey". Hayes starred in a humorous television advert about investing money, making fun of his fall from the top.

Hayes was a fan of the Scottish football team Dundee United, having lived in the city in the 1960s. Hayes said that he asked the producers of Rainbow to make the Zippy puppet tangerine in colour, to match Dundee United's colours rather than the blue of local rivals Dundee.