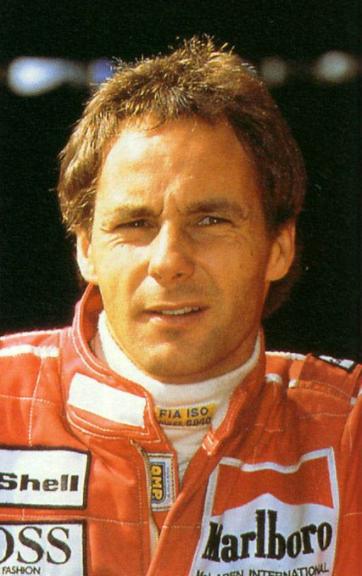 Gerhard is alive and kicking and is currently 63 years old.
Please ignore rumors and hoaxes.
If you have any unfortunate news that this page should be update with, please let us know using this .

Gerhard Berger (born 27 August 1959) is an Austrian former Formula One racing driver. He competed in Formula One for 14 seasons, twice finishing 3rd overall in the championship (1988 and 1994), both times driving for Ferrari. He won ten Grands Prix, achieved 48 podiums, 12 poles and 21 fastest laps. With 210 starts he is amongst the most experienced Formula One drivers of all time. He led 33 of the 210 races he competed in and retired from 95 of them. His first and last victories were also the first and last victories for the Benetton team, with eleven years separating them. He was also a race winner with Ferrari and with McLaren. When at McLaren, Berger drove alongside Ayrton Senna, contributing to the team's 1990 and 1991 constructors titles.