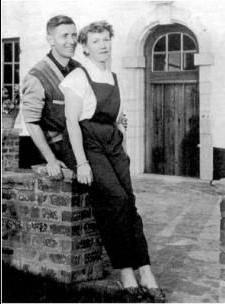 Germaine Kieckens (1906–October 26, 1995) was a Belgian secretary, the first wife of the Belgian cartoonist Hergé, to whom she was married from 1932 to 1977. They met while she was working as secretary for the Abbé Norbert Wallez, editor of Le XXe Siècle newspaper.