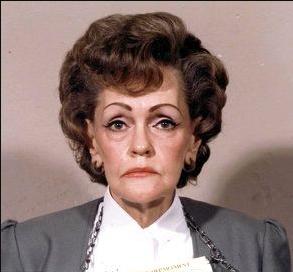 Gertrude Nadine Baniszewski, also known as Gertrude Wright and Nadine Van Fossan, was an Indiana murderer who, with the aid of most of her own children and neighborhood children, oversaw and facilitated the prolonged torture, mutilation, and eventual murder of Sylvia Likens, a teenage girl she had taken into her home.
When she was convicted of first-degree murder in 1966, the case was called the "single worst crime perpetrated against an individual in Indiana's history".

Baniszewski walked out of prison on December 4, 1985, and travelled to Iowa under the name Nadine Van Fossan. She died there of lung cancer in 1990. The fates of Baniszewski's children remains largely unknown. Paula Baniszewski moved to Iowa and assumed a new identity; internet rumors claim that she is still alive and lives on a farm somewhere in the Iowa countryside. Stephanie Baniszewski became a school teacher and assumed a new name.