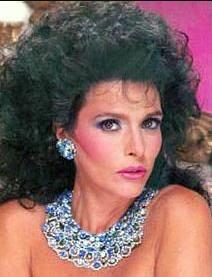 Gloria passed away on February 3, 2014 at the age of 73 in Waimea, Hawaii. Gloria's cause of death was massive stroke.

Gloria Leonard (born Gale Sandra Klinetsky; August 28, 1940 – February 3, 2014) was an American pornographic actress who became the publisher of High Society magazine. As a board member of Adult Video Association and its successor the Free Speech Coalition, Leonard was an outspoken advocate for the adult film industry and free speech rights.