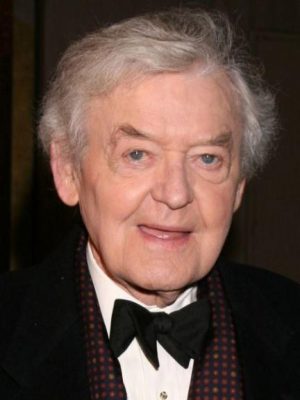 Hal Holbrook's mother, Aileen, died on October 9, 2001 as she was 45 years old. Her cause of death was lethal injection.

Harold Rowe "Hal" Holbrook, Jr. is an American film and stage actor. Holbrook initially gained notoriety for a one-man stage show he developed while in college in 1954, performing as Mark Twain. He won Tony Award for Best Actor in a Play in 1966 for his portrayal of Twain. Throughout his career, he won five Primetime Emmy Awards.
Holbrook's role as Ron Franz in Sean Penn's Into the Wild (2007) earned him both Screen Actors Guild Award and Academy Award nominations for Best Supporting Actor. Until Robert Duvall was nominated for an Academy Award in 2015, Holbrook was the oldest actor to receive a Best Supporting Actor nomination. In 2009, Holbrook received critical acclaim for his performance as recently retired farmer Abner Meecham in the independent film That Evening Sun.

Holbrook has been married three times and has three children. He married a Canadian, Ruby Elaine Johnstone in 1945, and they had two children. They divorced in 1965 and in 1966, he married Carol Eve Rossen. They had one child and they divorced in 1983.
Holbrook married actress and singer Dixie Carter in 1984 and the couple remained married until Carter's death from endometrial cancer on April 10, 2010.
Architect Hoyte Johnson of Atlanta redesigned Carter's Tennessee family home and created an environment that the couple shared with family and friends. Holbrook said the home has the "feel" of the Mark Twain House in Hartford, Connecticut, and that there is no other place to which he feels so ideally suited. Holbrook had a recurring role on his wife's hit sitcom Designing Women, appearing in nine episodes between 1986 and 1989 as Carter's on-screen significant other. In 2011, Holbrook's memoir, Harold: The Boy Who Became Mark Twain, was published by Farrar, Straus and Giroux.
In October 2016, Holbrook wrote a letter to The New York Times defending actor-director Nate Parker over his alleged 1991 rape of a woman and Parker's controversial film The Birth of a Nation. He urged others to "move on" from Parker's past and to view the film which was "an exceptional piece of artistry and a vital portrait of our American experience".