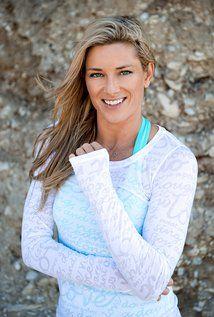 Heidi is alive and kicking and is currently 44 years old.
Please ignore rumors and hoaxes.
If you have any unfortunate news that this page should be update with, please let us know using this .

Does Heidi Moneymaker Have the coronavirus?

Heidi Moneymaker was born on February 9, 1978 in Santa Rosa, California, USA as Heidi Louise Moneymaker. She is known for her work on The Avengers (2012), Star Trek (2009) and The O.C. (2003).
In 2010, for her work in Fast & Furious - New Model, she received a Taurus Award in the category Best Vehicle Stunt, which she shares with Kenny Alexander, Troy Brown, Gene Hartline and Tad Griffith. For the same movie, she also received a Taurus Award nomination for Best Stunt Woman.

In the same year she won along with numerous stunt colleagues for Best Stunt Ensemble the Screen Actors Guild Award for science fiction film Star Trek. In 2013, she received another Taurus Award for the 2012 Marvel's The Avengers in the Best Battle Scene category, this time with Chick Bernhardt and Jeff Wolfe.
Her parents are Dennis and Linda Moneymaker. She has a younger brother named Sean and a younger sister named Renae who are also competitive gymnasts. Plus she has three other sisters, Denise, Liz and Sadie.