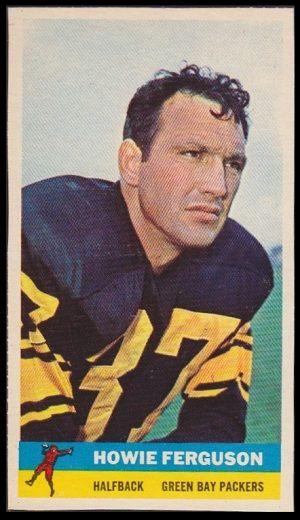 Howie Ferguson (August 5, 1930 – December 18, 2005) was a professional American football player. He played as a fullback and halfback for six seasons in the National Football League (NFL) with the Green Bay Packers and one season in the American Football League (AFL) with the Los Angeles Chargers.