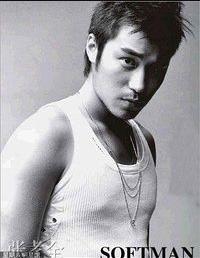 Hsiao-chuan is alive and kicking and is currently 39 years old.
Please ignore rumors and hoaxes.
If you have any unfortunate news that this page should be update with, please let us know using this .

Joseph Chang (Chinese: 張孝全; pinyin: Zhāng Xiàoquán; Wade–Giles: Chang Hsiao-chuan, born 28 December 1983) is a Taiwanese actor. He is best known for his role in the critically acclaimed 2006 Taiwanese film Eternal Summer, which earned him two Golden Horse Awards nominations for Best Supporting Actor and Best New Performer for his role as Yu Shouheng. He was also nominated in 2006, for Best Leading Actor in a Mini-series at the 41st Golden Bell Awards for his role as Paul in Corner of Auction World. He was educated at the Fu-Hsin Trade and Arts School (復興商工) in Taipei.