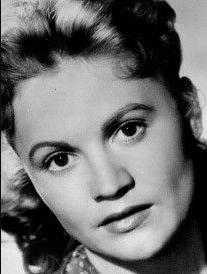 Ida Krottendorf (5 April 1927, in Ebreichsdorf – 23 June 1998, in Vienna) was an Austrian actress. She was married from 1955 to Austrian actor Ernst Stankovski and in the second marriage from 1960 until 1991 to Klausjürgen Wussow. Together they had two children, Barbara and Alexander Wussow.