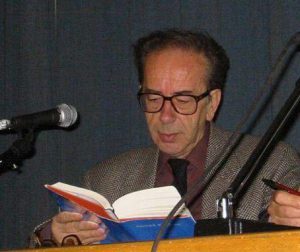 Ismail is alive and kicking and is currently 86 years old.
Please ignore rumors and hoaxes.
If you have any unfortunate news that this page should be update with, please let us know using this .

Ismail Kadare (also spelled Kadaré; born 28 January 1936) is an Albanian novelist and poet. He has been a leading literary figure in Albania since the 1960s. He focused on short stories until the publication of his first novel, The General of the Dead Army. In 1996 he became a lifetime member of the Academy of Moral and Political Sciences of France. In 1992, he was awarded the Prix mondial Cino Del Duca; in 2005, he won the inaugural Man Booker International Prize, in 2009 the Prince of Asturias Award of Arts, and in 2015 the Jerusalem Prize. He has divided his time between Albania and France since 1990. Kadare has been mentioned as a possible recipient of the Nobel Prize in Literature several times. His works have been published in about 30 languages.