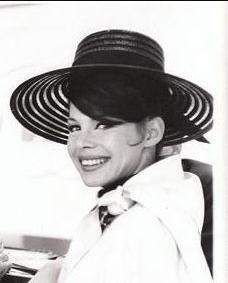 Jacqui is alive and kicking and is currently 79 years old.
Please ignore rumors and hoaxes.
If you have any unfortunate news that this page should be update with, please let us know using this .

JACKIE LEVY was born in December 1943 in Los Angeles. She attended Fairfax High School and graduated from there in 1961. As someone who dedicated her entire working life to dancing it is fitting that one of her first jobs was as a go-go dancer, and later a choreographer, on HOLLYWOOD A GO-GO. She was responsible for bringing in dancer MARIA POGEE as a replacement for MIMI, who had broken her ankle. You can see her on some of the video links listed on this website and also in a few of the GAZZARRI DANCER group photos.She met her future husband, BILL LANDRUM, in 1969 at a dance class. Three months later they married and then worked together for nearly four decades. As a team they mixed various dance styles - ballet, classical, modern jazz, ethnic and club dancing - and used them to choreograph movies, television shows, and stage productions. The list of movies they choreographed is impressive and includes "Great Balls of Fire" (1989), "The Doors" (1991), "The Big Lebowski" (1998), "O Brother, Where Art Thou" (2000). They received an Emmy nomination for a 1987 episode of the BRUCE WILLIS and CYBIL SHEPHERD television series "Moonlighting".Besides her television and movie work JACQUI worked as a professional dancer throughout her career. She and Bill established their own dance company, Landrum Dance Theater, in 1977 and in 1981 they created "In Rap With Dance" which was a local Emmy award-winning television talk show that featured choreographers and dancers as guests.