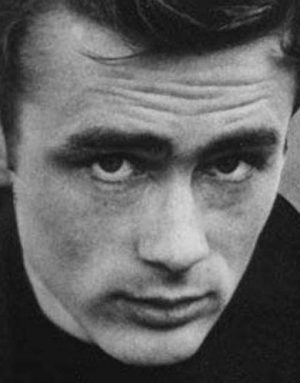 James passed away on September 30, 1955 at the age of 24 in Cholame, California, United States. James's cause of death was car crash.

James Byron Dean was born February 8, 1931 in Marion, Indiana, to Mildred Marie (Wilson) and Winton A. Dean, a farmer turned dental technician. His mother died when Dean was nine, and he was subsequently raised on a farm by his aunt and uncle in Fairmount, Indiana. After grade school, he moved to New York to pursue his dream of acting. He received rave reviews for his work as the blackmailing Arab boy in the New York production of Gide's "The Immoralist", good enough to earn him a trip to Hollywood. His early film efforts were strictly small roles: a sailor in the Dean Martin and Jerry Lewis overly frantic musical comedy Sailor Beware (1952); a GI in Samuel Fuller's moody study of a platoon in the Korean War, Fixed Bayonets! (1951) and a youth in the Piper Laurie-Rock Hudson comedy Has Anybody Seen My Gal (1952).
Screenwriter William Bast was one of Dean's closest friends, a fact acknowledged by Dean's family. According to Bast, who was also Dean's first biographer, (1956), he was Dean's roommate at UCLA and later in New York, and knew Dean throughout the last five years of his life.