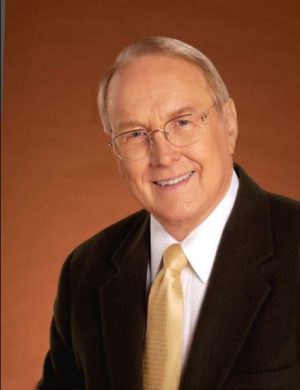 James is alive and kicking and is currently 86 years old.
Please ignore rumors and hoaxes.
If you have any unfortunate news that this page should be update with, please let us know using this .

James Clayton "Jim" Dobson, Jr. (born April 21, 1936) is an American evangelical Christian author, psychologist, and founder in 1977 of Focus on the Family (FOTF), which he led until 2003. In the 1980s he was ranked as one of the most influential spokesmen for conservative social positions in American public life. Although never an ordained minister, he was called "the nation's most influential evangelical leader" by Time while Slate portrayed him as a successor to evangelical leaders Billy Graham, Jerry Falwell, and Pat Robertson.