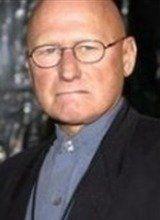 James is alive and kicking and is currently 91 years old.
Please ignore rumors and hoaxes.
If you have any unfortunate news that this page should be update with, please let us know using this .

James Stewart Tolkan (born June 20, 1931) is an American actor, often cast as a strict, overbearing, bald-headed authority figure. James Stewart Tolkan was born in Calumet, Michigan, the son of Dale Nichols and Ralph M. Tolkan, a cattle dealer. He attended the University of Iowa, Coe College, the Actors Studio and Eastern Arizona College.
Tolkan is known for his role in the 1985 film Back to the Future as the strict Hill Valley High School principal, Stanford S. Strickland; the character refers to Marty McFly, his father, and Biff Tannen derisively as "slackers". He would reprise the role in the 1989 sequel Back to the Future Part II, in which unnamed gang members make a drive-by assault on him in a dystopian 1985; he also refers to these criminals as "slackers" as he shoots back. In 1990, he played the part of Mr. Strickland's grandfather Chief Marshal James Strickland in Back to the Future Part III. Tolkan would again reprise his role as Strickland in addition to playing his character's ancestors and descendants in the 1991 animated series spin-off.

A member of the repertory cast of A Nero Wolfe Mystery (2001–02), he played more than a dozen varied roles in the A&E TV series and also directed two episodes ("Die Like a Dog" and "The Next Witness").
On August 28, 1971, Tolkan married Parmelee Welles, a staffer at the American Place Theater in New York.