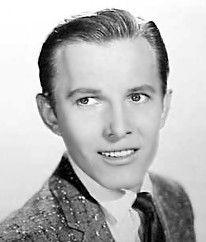 Jan Merlin (born April 3, 1925) is an American character actor, screenwriter, and author.
His professional acting career, which spans more than five decades, has included performances in stage plays on and off Broadway, radio dramas, live and filmed episodes of television series, and more than 30 feature motion pictures. His most recent performances were in live radio dramas broadcast in June 2010. In his film and television work, Merlin was frequently cast as the heavy, and consequently his character very often died onscreen. In 1960, Merlin played Travers in Hell Bent for Leather, and his other film credits include roles in Guns of Diablo (1965), The St. Valentine's Day Massacre (1967), Take the Money and Run (1969), The Twilight People (1972), I Escaped from Devil's Island (1973), The Slams (1973), The Hindenburg (1975) and Time Trackers (1989).

In 1960, he was cast as Mick Norton in the episode "Hostage Island" of the ABC adventure series The Islanders, set in the South Pacific. He also appeared as Hendry Grant in the 1961 episode "First Blood" of the NBC western series The Tall Man. He made two guest appearances on Perry Mason: in 1958, as Tony Davis in "The Case of the Black-Eyed Blonde", and in 1961 as Ralph Quentin in "The Case of the Jealous Journalist." Merlin played a villain in three episodes of Voyage to the Bottom of the Sea: "No Way Out", "The X Factor" and "Death From The Past". In 1957, he appeared in Season 1 Episode 21 of Dick Powell's Zane Grey Theatre opposite Ernest Borgnine, also a former US Navy man. In 1966, he co-starred in the Combat! Season 4 episode “One At A Time” as a German sniper, Sgt. Erich and again in 1966 in the season 5 episode "Headcount" as Lt. Geiben.
Merlin married his first wife Patricia Datz in 1951. They had a son, Peter William Merlin (born 1964). Patricia died in 1986.
Two years after his wife's death, Merlin married his second wife Barbara Doyle, and remained married until Merlin's death on September 20, 2019.