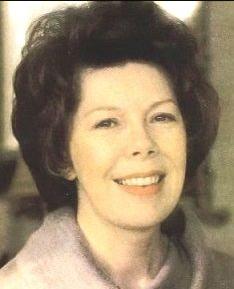 Janet is alive and kicking and is currently 89 years old.
Please ignore rumors and hoaxes.
If you have any unfortunate news that this page should be update with, please let us know using this .

Dame Janet Abbott Baker, CH, DBE, FRSA (born 21 August 1933) is an English mezzo-soprano best known as an opera, concert, and lieder singer. She was particularly closely associated with baroque and early Italian opera and the works of Benjamin Britten. During her career, which spanned the 1950s to the 1980s, she was considered an outstanding singing actress and widely admired for her dramatic intensity, perhaps best represented in her famous portrayal as Dido, the tragic heroine of Berlioz's magnum opus, Les Troyens.
As a concert performer, Dame Janet was noted for her interpretations of the music of Gustav Mahler and Edward Elgar. David Gutman, writing in Gramophone, described her performance of Mahler's Kindertotenlieder as "intimate, almost self-communing."

She married James Keith Shelley in 1957 in Harrow. Following her retirement as a singer she did perform and record some spoken roles, for example the role of the Narrator in Britten's incidental music for The Rescue of Penelope; in later years, apart from occasional public appearances such as the 2009 Leeds event, she now has "nothing to do with anyone except close friends".
Dame Janet Baker's final operatic appearance was as Orfeo in Gluck's Orfeo ed Euridice, on 17 July 1982, at Glyndebourne. She continued to perform lieder recitals for another seven years, retiring for good in 1989 (although she did make a small handful of recordings in January, 1990). She published a memoir, Full Circle, in 1982. In 1991, Baker was elected Chancellor of the University of York. She held the position until 2004, when she was succeeded by Greg Dyke. An enthusiastic Patron of the Leeds International Pianoforte Competition, she gave an address at the closing ceremony of the 2009 event.