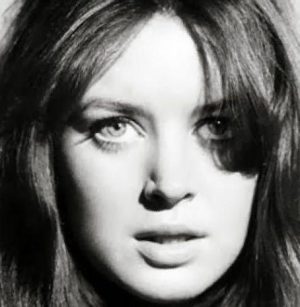 Jill passed away on August 7, 1982 at the age of 35 in North Hollywood, California, USA. Jill's cause of death was road accident.

Jill Banner (November 8, 1946 – August 7, 1982) was an American film actress, possibly best recalled for her role as Virginia, the "spider baby" in the 1964 cult horror-comedy film Spider Baby. She also had roles as James Coburn's flower child friend in The President's Analyst (1967), and a couple of hippie girls in Jack Webb's television series, Dragnet.
She made her film debut in Spider Baby with Sid Haig and Lon Chaney, Jr. Directed by Jack Hill (Coffy, Switchblade Sisters), the film was tied up in litigation from 1964 until 1968. Released under various titles, including Attack Of The Liver Eaters and Cannibal Orgy, Or The Maddest Story Ever Told, the four-year-old black and white feature quickly faded from view. Spider Baby became known largely through the efforts of Los Angeles cult film resurrectionist Johnny Legend. The film tells the story of the Merrye family, who suffer from a degenerative disease. While Spider Baby remained in legal limbo in the mid-1960s, Banner was featured in Deadlier Than The Male (1966), a British mystery about two female assassins. She played Wendy, a wholesome teenager, in C’mon, Let’s Live a Little (1967), one of the last of the "beach party" films.

Banner eventually abandoned Hollywood for a real estate job in New Mexico in 1976. Marlon Brando's 1994 autobiography, Songs My Mother Taught Me, discusses the couple's relationship. Banner returned to Southern California and in the early 1980s, reportedly to develop scripts.
On August 7 1982, Banner's Toyota was hit by a truck on the Ventura Freeway. Thrown from the vehicle, she later died at North Hollywood's Riverside Hospital. She was 35 years old. She is interred at Valhalla Memorial Park Cemetery.