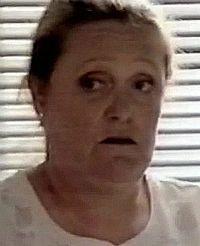 Jo Warne is an English actress, who played the original Peggy Mitchell in the BBC soap opera EastEnders, making her first appearance on 30 April 1991. She appeared in ten EastEnders episodes between April and July 1991, as part of Sam and Ricky's teen elopement storyline. Barbara Windsor later took on the full-time role of Peggy Mitchell until 2010.
Jo was born as Josephine Margaret Warne in 1938 in Hammersmith, London, England, UK.

Warne appeared in the very last episode of the 1970s police series, The Sweeney, as Gloria Bartley, Jack Regan's ex-girlfriend. She also appeared in an episode of the critically acclaimed drama Minder (1980), ITV's Hammer House of Horror in the episode The House That Bled to Death, episode 8 of The Bill, and Series 8 of Bodger and Badger as Mrs Bobbins. Between 1991–1996 she played Julie Corrigan's mother in Grange Hill and in 1997 took small roles in episodes of Where the Heart Is (1997 TV series) and Chalk. Her film credits included roles in Nutcracker (1982), Little Dorrit (1987) and Consuming Passions (1988).