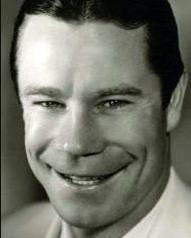 Joseph Evans Brown (July 28, 1891 – July 6, 1973) was an American actor and comedian, remembered for his amiable screen persona, comic timing, and enormous elastic-mouth smile. He was one of the most popular American comedians in the 1930s and 1940s, with successful films like A Midsummer Night's Dream, Earthworm Tractors, and Alibi Ike. In his later career Brown starred in Some Like It Hot (1959), as Osgood Fielding III, in which he utters the famous punchline, "Well, nobody's perfect."