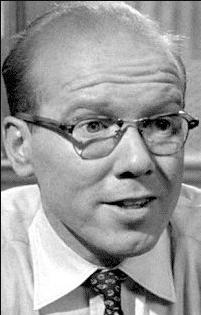 John Donald Fiedler (February 3, 1925 – June 25, 2005) was an American actor and voice actor who was slight, balding, and bespectacled, with a distinctive, high-pitched voice. His career lasted more than 55 years in stage, film, television and radio. He is best known for four roles: the nervous Juror #2 in 12 Angry Men; the voice of Piglet in Disney's Winnie-the-Pooh productions; Vinnie, the meek poker player in the film version of Neil Simon's The Odd Couple; and Mr. Peterson, the hen-pecked milquetoast on The Bob Newhart Show.