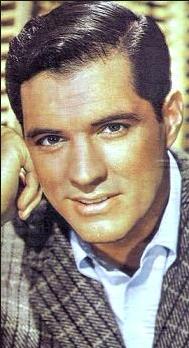 John passed away on February 9, 2018 at the age of 86 in Beverly Hills, California, United States.

John Gavin is an American film actor and a former United States Ambassador to Mexico from 1981-86 and head of the Screen Actors Guild from 1971-73. He is best known for his performances in the films Imitation of Life, Spartacus (1960), Psycho (1960) and Thoroughly Modern Millie (1967), playing leading roles in a series of films for producer Ross Hunter; and also for being cast as James Bond in Diamonds Are Forever (1971) before Sean Connery agreed to reprise the role.
Gavin married actress Cicely Evans in 1957. They had two children and lived in Dennis O'Keefe's former house in Beverly Hills. Gavin's first marriage ended in divorce in 1965. While making No Roses for Robert in Italy in 1967 he dated co star Luciana Paluzzi.

Gavin was married to Constance Towers, a stage and television actress, from 1974 until his death. The couple first met in 1957 at a party when his godfather, Jimmy McHugh, introduced them. Towers had two children from her previous marriage to Eugene McGrath. Gavin's elder daughter, Cristina, followed in his footsteps and became an actress. His younger daughter, Maria, also followed in Gavin's footsteps, with a master's degree from Stanford, and has a successful career in television production.
Gavin died at his home in Beverly Hills, California on February 9, 2018 of complications from pneumonia. He was also reported to have been fighting leukemia for an undisclosed period of time. Gavin was 86.