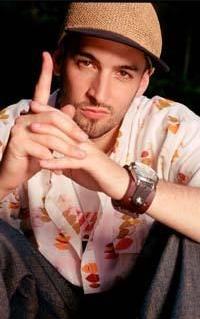 How Old Is Jon B.? Jon B. Birthday

Jon is alive and kicking and is currently 47 years old.
Please ignore rumors and hoaxes.
If you have any unfortunate news that this page should be update with, please let us know using this .

Jon B. (born Jonathan David Buck November 11, 1974) is an American singer and songwriter. He went to release Bonafide, Cool Relax, Pleasures U Like, Stronger Everyday, Holiday Wishes: From Me to You, Helpless Romantic, and Comfortable Swagg. Jon B's early influences as a musician include: Duran Duran, Inxs, Marvin Gaye, Michael Jackson, Babyface, Prince and Sade. He spent the summer after high school writing, producing and recording 40 songs and began making his rounds to all major record labels.
Jon B., prior to his rise to fame, used to be a songwriter and wrote songs for After 7, Toni Braxton, Michael Jackson, Color Me Badd, the Spice Girls and others. Jon B.'s popularity began in the mid-1990s, he released his debut studio album in 1995 entitled Bonafide; the album spawned the popular hit and Grammy-nominated single "Someone to Love", which featured the Grammy Award-winning artist Babyface. The album was a commercial success as it went platinum, selling over 1 million copies.

He released his second studio album Cool Relax in 1997, the album spawned the top 10 single "They Don't Know" and two other top 20 hits, one featuring Tupac Shakur. Cool Relax received generally positive reviews from music critics and it is his most successful album commercially, it has been certified as Double Platinum by the RIAA.
While on tour promoting Cool Relax, he formed a group with two of his back-up singers, Dominiquinn and Silky Deluxe, named Jack Herrera collectively. A full album, titled Retro Futuristo, was put together, but never officially released.