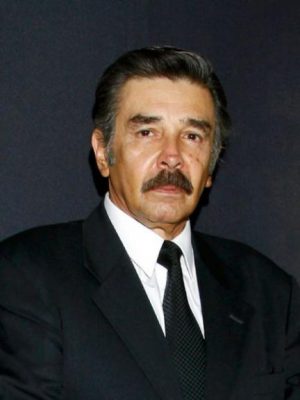 Jorge is alive and kicking and is currently 74 years old.
Please ignore rumors and hoaxes.
If you have any unfortunate news that this page should be update with, please let us know using this .

Jorge Ortiz de Pinedo Pallás (born 26 March 1948) is a Mexican comedian, actor, film director, screenwriter, television producer and host.
As a tribute to his time at Televisa and his various television series, the most successful of which have been Dr. Cándido Pérez, Cero en conducta, and its sequel, La escuelita VIP, Ortiz de Pinedo was featured in the 2007 book Televisa presenta, which takes a look back at 50 years of network television in Mexico. For his work in television and movies, Ortiz de Pinedo's handprints have been imbedded onto the Paseo de las Luminarias.

He has received numerous national and international awards. Ortiz de Pinedo has represented Mexico in the International Theatre Festival in Caracas and was a member of the National Theatre Company of Bellas Artes. He has performed in more than 80 theatre productions, 23 feature films, 25 soap operas, 11 comedy series and numerous other theatre events and productions.
As a director, Ortiz de Pinedo has directed 40 works of theatre, two feature films, two soap operas, 12 comedy series and directed over 400 other productions for Televisa. He has also produced over 35 theatre productions.