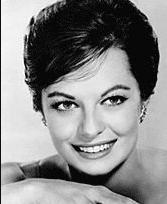 Joyce is alive and kicking and is currently 90 years old.
Please ignore rumors and hoaxes.
If you have any unfortunate news that this page should be update with, please let us know using this .

Joyce Taylor (September 4, 1936) is an American actress. She starred in movies and TV series mostly in the 1950s and 1960s. (Another source gives her date of birth as September 14, 1937.)
Taylor sang in amateur shows at age 10 and turned professional at 15, signing with Mercury Records (billed as Joyce Bradley). When she was 16, she was singing at Chez Paree nightclub in Chicago and other similar venues.

She was under contract to Howard Hughes-owned RKO Pictures in the 1950s but he only allowed her to act in one movie (a small part in Beyond a Reasonable Doubt in 1956). When her seven-year contract ended, she became a regular on the science-fiction adventure TV series Men Into Space (1959–60) and acted in many other TV shows, as well as several feature films.
Taylor married a stockbroker, Edward Bellison.