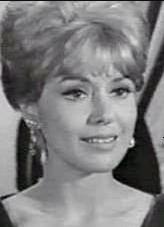 Julie passed away on November 7, 2016 at the age of 72 in Van Nuys, California. Julie's cause of death was cancer.

Julie Gregg (born Niagara Falls, January 24, 1944) is an American television, film and stage actress. She generally played supporting or guest, but not lead, roles. She is best known for her portrayal of Sandra Corleone in The Godfather. Very little information is available on her personal life.