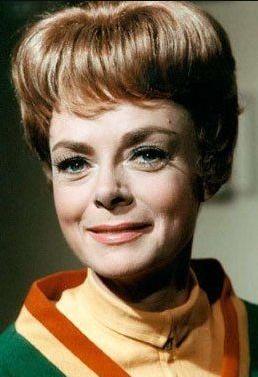 June is alive and kicking and is currently 97 years old.
Please ignore rumors and hoaxes.
If you have any unfortunate news that this page should be update with, please let us know using this .

Does June Lockhart Have the coronavirus?

June Lockhart is an American actress, primarily in 1950s and 1960s television, also with performances on stage and in film. She played the mother in two TV series, Lassie and Lost in Space. She also portrayed Dr. Janet Craig on the CBS television sitcom Petticoat Junction. She is a two-time Emmy Award nominee and a Tony Award winner.
Lockhart made her film debut opposite her parents in a film version of A Christmas Carol in 1938. She also played supporting parts in films including Meet Me in St. Louis, Sergeant York, All This, and Heaven Too and The Yearling. She starred in She-Wolf of London (1946).

In 1955, Lockhart appeared in an episode of CBS's Appointment with Adventure. About this time, she also made several appearances on NBC's legal drama Justice, based on case files of the Legal Aid Society of New York. In the late 1950s, Lockhart guest-starred in several popular television Westerns including: Wagon Train and Cimarron City (in the episode "Medicine Man" with Gary Merrill) on NBC and Gunsmoke, Have Gun – Will Travel, and Rawhide on CBS.
Lockhart is best known for her roles as TV mothers, first as Ruth Martin, the wife of Paul Martin (portrayed by Hugh Reilly), and the mother of Timmy Martin (played by Jon Provost) in the 1950s CBS series, Lassie (a role that she played from 1958 to 1964). She replaced actress Cloris Leachman, who, in turn, had replaced Jan Clayton – who had played a similar character earlier in the series. Following her five-year run on Lassie Lockhart made a guest appearance on Perry Mason as defendant Mona Stanton Harvey in "The Case of the Scandalous Sculptor." Lockhart then starred as Dr. Maureen Robinson in Lost in Space, which ran from 1965 to 1968 on CBS, opposite veteran actors Guy Williams and Jonathan Harris.
In 1951, Lockhart married John F. Maloney. They had two daughters, Anne Kathleen Lockhart (born 1953) and June Elizabeth Maloney (born 1956). The couple divorced in 1959. She married architect John Lindsay that same year, but they divorced in October 1970 and she has not remarried since. Politically active, Lockhart has been involved in the campaigns of Harry Truman, Adlai Stevenson, Dwight Eisenhower, John F. Kennedy, and Richard Nixon. Lockhart is a Roman Catholic.