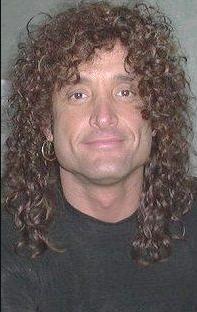 Kevin passed away on November 25, 2007 at the age of 52 in Las Vegas, Nevada, USA. Kevin's cause of death was cocaine overdose.

Kevin Mark Dubrow (October 29, 1955 − c. November 19, 2007) was an American rock singer, best known as the lead vocalist of the heavy metal band Quiet Riot from 1975 until 1987, and again from 1990 until his death in 2007.
DuBrow had a hobby of photography from his teenage years, often taking photos at rock 'n roll concerts. Through that interest, he became friends with Ron Sobol. The two traded photographs that they would take at concerts. DuBrow dated Las Vegas radio DJ Lark Williams, breaking up shortly before his death.

On November 25, 2007, Kevin DuBrow was found dead at his home in Las Vegas. Friends had been unable to contact DuBrow for a week and he failed to show up for Thanksgiving arrangements he had made for at a party hosted by his friend Glenn Hughes. According to Hughes, DuBrow had told him a few days before he was unable to be contacted that DuBrow wanted to make changes in his lifestyle.
The cause of death was established to be a fatal overdose by a combination of cocaine, painkillers and alcohol. It was also determined that he had died six days earlier before his body was discovered.
In an email to Spain's The Metal Circus, Quiet Riot drummer Frankie Banali wrote: "I can't even find the words to say. Please respect my privacy as I mourn the passing and honor the memory of my dearest friend Kevin DuBrow."
DuBrow was buried at Pacific View Cemetery in Corona del Mar, California next to his stepfather Harold Mandell. A rabbi presided over his funeral service on November 30, 2007. Several of DuBrow's friends gave the eulogy: Frankie Banali, Ron Sobol, Glenn Hughes. The burial ceremony was a traditional one.