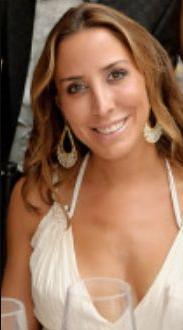 Leigh is alive and kicking and is currently 48 years old.
Please ignore rumors and hoaxes.
If you have any unfortunate news that this page should be update with, please let us know using this .

Does Leigh Dorough Have the coronavirus?

Leigh Anne Dorough was born on April 30, 1974 in Monmouth Beach, NJ, USA as Leigh Anne Boniello. She has an older sister, Stacy O'Neil, a talent manager at The Firm that represents stars like Vin Diesel, Kevin Bacon, Rachel Weisz and Scott Caan and now manager at Brillstein Entertainment Partners, a younger brother, Kevin and her parents are Ralph Boniello and Karen Bonifide. While growing up, her mom had taken her and her sister to the movies as kids, whether it was an art house movie in Red Bank or a summer blockbuster at the Monmouth Mall, which brought them into the fantastical world where the idea of becoming involved behind the scenes as a profession was exhilarating. She attended and graduated from Shore Regional High School.After graduating high school, Boniello and Stacy moved to Los Angeles for college and in 1997, they pursue careers in the entertainment business. Stacy became a talent manager at The Firm, Inc. for the stars while Boniello became a development executive for Jerry Weintraub Productions at Warner Bros. Studios, where she worked on films such as Ocean's Twelve, Tarzan, Nancy Drew, Wild Bunch and Westworld.She is a real estate agent, a film executor and a webmaster for the Backstreet Boys, which led her to her husband, Howie Dorough, in December 2000. She is also a mother to two boys, James Hoke Dorough on May 6, 2009, and Holden John on February 16, 2013.