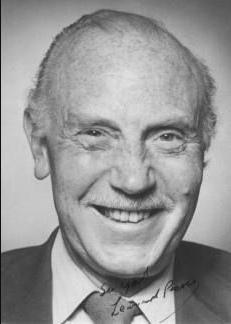 Lennard passed away on December 15, 1984 at the age of 69 in Archway, London, England, UK. Lennard's cause of death was heart attack.

Lennard Pearce (9 February 1915 – 15 December 1984) was an English actor who worked mostly in the theatre, but also appeared in a number of British television programmes. He landed his most notable TV role during the final years of his life, starring as Grandad Trotter in the popular sitcom Only Fools and Horses from its beginning in September 1981 until his death in December 1984.