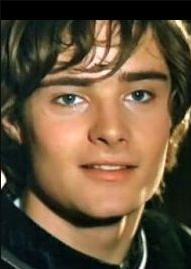 Leonard is alive and kicking and is currently 71 years old.
Please ignore rumors and hoaxes.
If you have any unfortunate news that this page should be update with, please let us know using this .

Does Leonard Whiting Have the coronavirus?

Leonard Whiting is an English actor who is best known for his role as Romeo in the 1968 Zeffirelli film version of Romeo and Juliet opposite Olivia Hussey's Juliet, a role which earned him the Golden Globe Award for New Star of the Year - Actor. He was touted as a star in the making, the next Laurence Olivier and the next great British actor.
Director Franco Zeffirelli described his discovery, made from 300 youngsters who auditioned during more than three months: "He has a magnificent face, gentle melancholy, sweet, the kind of idealistic young man Romeo ought to be." He is also renowned for his on-stage part as the Artful Dodger in the original London cast of Oliver!, where he replaced Davy Jones when Jones and most of the London cast were transferred to New York City for the play's Broadway run.

In the mid-1970s, his voice caught the attention of Abbey Road and The Dark Side of the Moon engineer Alan Parsons, who was in the process of recording what was to be the first album by the Alan Parsons Project, Tales of Mystery and Imagination. Whiting performed lead vocals on the song "The Raven". In 1990, he provided the voice of the Urpney scientist Urpgor in the children's animated television series The Dreamstone. After voicing the character for three seasons, he was replaced by Colin Marsh for the fourth and final season.
In 1971, Whiting married model Cathee Dahmann, in 1972 they had a daughter Sarah Beth Whiting, They divorced in 1977. In 1995, He married his assistant Lynn Presser. Whiting ended his film career, for the most part, in the mid-'70s and subsequently placed his focus upon his theatrical career as an actor and writer. He lives in London.